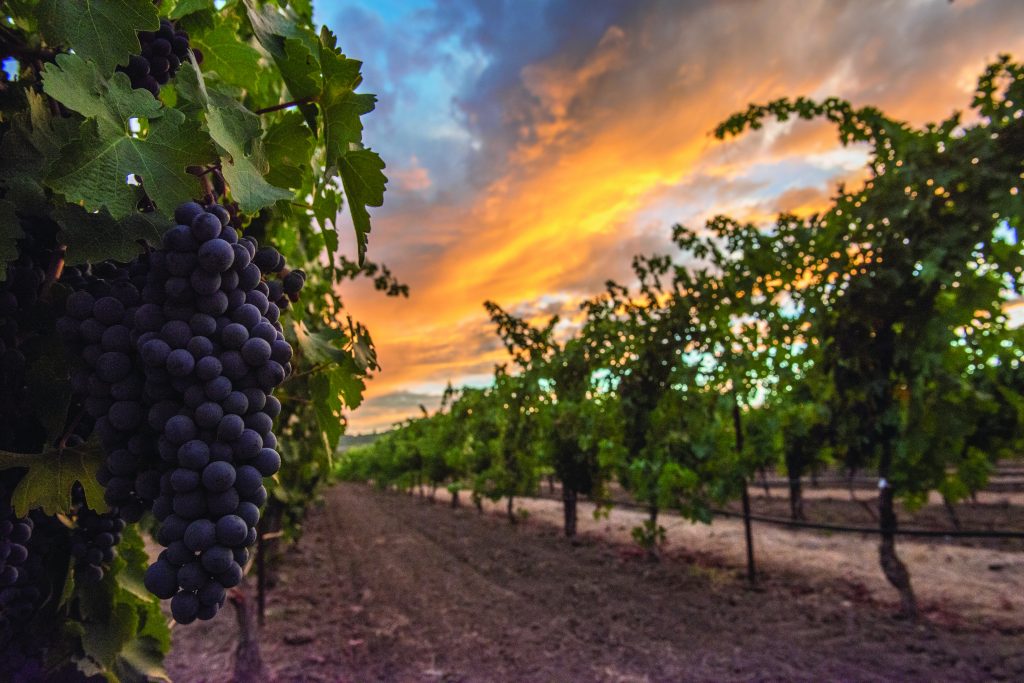 It all started with a little too much ambition…

Had it not been for the overambitious vision of a few individuals, Napa Valley might not have become one of the most important wine regions in the world. When Napa Valley was just getting started, America’s passion for Bordeaux wines was feverishly high. Napa Valley’s vintners no doubt observed the success of Bordeaux, using the region for inspiration.

Since Napa Valley winemakers couldn’t simply make a wine with the Bordeaux name on the label, they did the next best thing: They imported Bordeaux grapes (including Cabernet Sauvignon and Merlot) and learned French winemaking techniques. You have to remember that back then, most California wines were sold in jugs (or worse, tanks!) and aged in large redwood vats—a very different scene from today’s production process.

It wasn’t until the 1970s and 1980s that Napa Valley showed the world it meant business with Cabernet Sauvignon. In 1976, a private wine competition in Paris judged by several top French trades and journalists compared current releases of Bordeaux and Napa wines. Later called the “Judgment of Paris,” the tasting results showed that American Cabernet could stand toe-to-toe with the most important Bordeaux wines of the time. A decade later, Bordeaux wine critic Robert Parker awarded the 1985 Groth Cabernet Sauvignon a perfect 100 points, the first Napa Valley wine to receive this coveted score. 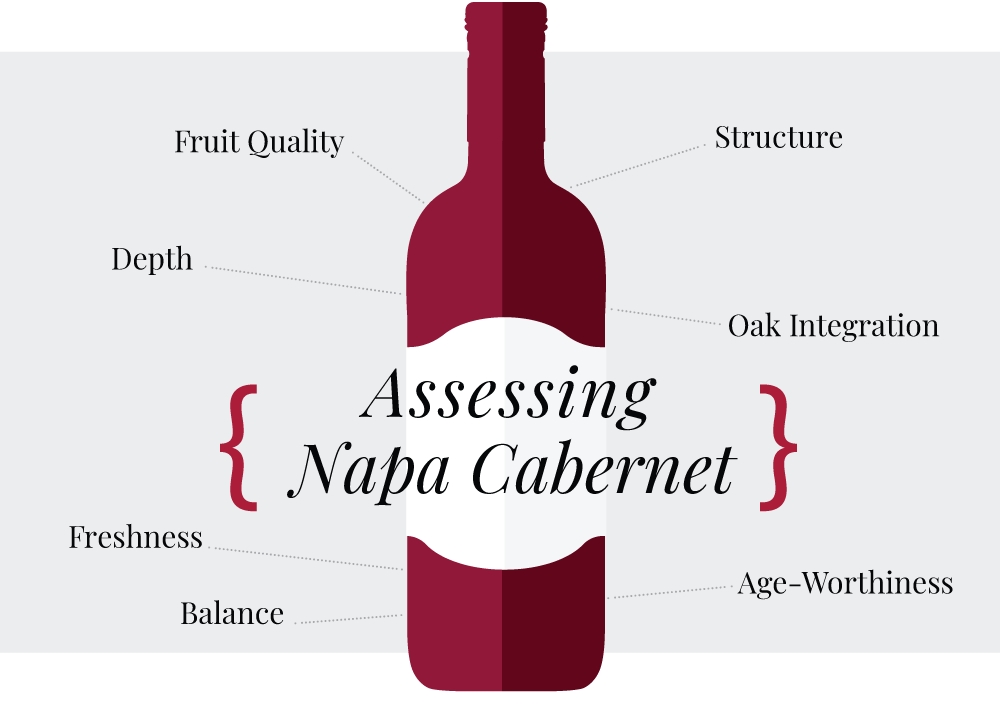 The best Napa Cabernet wines consistently exhibit flavors of blackcurrant, ripe (not baked) plum, subtle licorice, black cherry, raspberry, as well as blueberry or blackberry. These tasting notes associated with Cabernet indicate that the grapes were perfectly ripe when picked.

Having depth means that wines reveal layers of flavors that evolve over the duration of the tasting experience, which can sometimes last more than a minute. For example, flavors may start out as fruity, and then become more mineral (pencil lead or “dusty”) or floral (violets or sage), and then finish with oak-aged notes (such as cedar, mocha, espresso and tobacco) textured with tannin.

Floral notes and terms like “elegance” or “grace” indicate that the wine has good acidity—an age-worthy trait.

Tannins can range from fine-grain to firm, but what’s important is that they are well integrated—meaning they match the intensity of the fruit flavors, acidity and alcohol in the wine.

The use of oak is always present in the best Napa Cabernet wines. The question isn’t how much oak is used specifically (because it varies), but rather how that oak comes across in the taste. When used well, oak acts like seasoning that brings out the other flavors in the wine.

The highest-quality wines all have intense flavor (and a high level of color extraction), but all the components in the wine are perfectly balanced with one another.

While the late 1990s and early 2000s had several top Napa Cabernets with estimated aging periods of just 10 to 12 years, more modern wines appear to age longer, starting at 15 or more years. 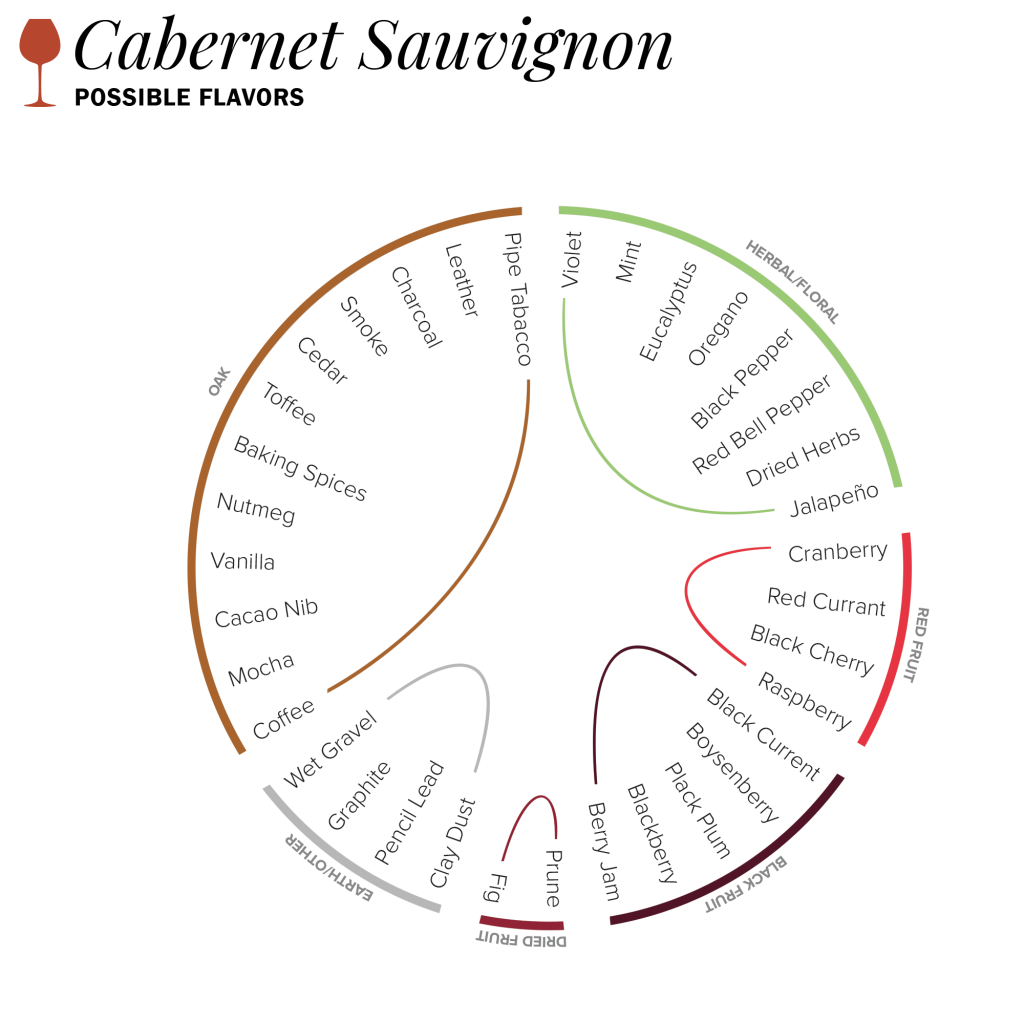 MADELINE PUCKETTE is a certified sommelier with the Court of Master Sommeliers and co-founder of Wine Folly, a website (and subsequent book) that makes learning about wine accessible and fun, with a focus on colorful graphics and easy-to-read information. “People my age and younger have all grown up on the Internet. Creating a place that has useful information about wine seemed fundamentally important for how our generation learns.” Puckette realizes that wine can be intimidating, and people often don’t know where to start. “The goal of Wine Folly is to share wine knowledge in a way to encourage and inspire new drinkers,” she says.

Want to learn more about wine? “The only thing that separates someone who knows a little bit or a lot about wine is an active interest. Pay attention and ask questions—to others, and even to your phone—and you’ll find a world of wine as deep as you want it to go.”

For more information, go to winefolly.com and follow at @winefolly.